Division 2 is for players aged 8-9 years.  Teams play games at Brewster school fields on Sunday mornings, and have one hour-long practice during the week (at a time determined by the coach).  Games begin at 9 am, 10 am, or 11 am and are divided into four 12-minute quarters.  The play field is from sideline to sideline on the JV Varsity field and teams play 7 v 7.

You can also look at skill games from Division 3.

Registration is now open! Register by June 15 for discounted price.

Photos will be on Saturday, Nov. 3 (at the high school fields) 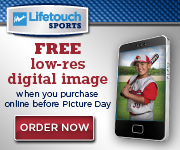